MAJOR LAZER, ANITTA & PABLLO VITTAR’S ‘SUA CARA’ VIDEO HAS AN IMPORTANT MESSAGE ON INCLUSION
By shining an equal spotlight on both a conventionally gorgeous female pop star and a rising drag queen, the sexy visual says all types of people can shake it

Sexy pop stars and drag queens are not new inclusions in music videos, but they’re typically utilized in very different fashions. Major Lazer’s just-released “Sua Cara” video looks to change that perspective with a sizzling new visual that focuses on including and showcasing all kinds of individuals in all their sexiness.

Watch “Sua Cara,” which translates to “Your Face” in Portuguese, above that sees Brazil’s current pop sensation Anitta (who you might remember hearing her on Iggy Azalea’s “Switch”) and top Brazilian drag queen Pabllo Vittar (who went viral with her Portuguese cover “Lean On” cover “Open Bar”) getting down together in the middle of the desert. Look out for the badass singers linking up with Major Lazer maestro Diplo in the desert with the trio shaking alongside together in one of the most diverse (not to mention attractive) pop trio in 2017’s mainstream. 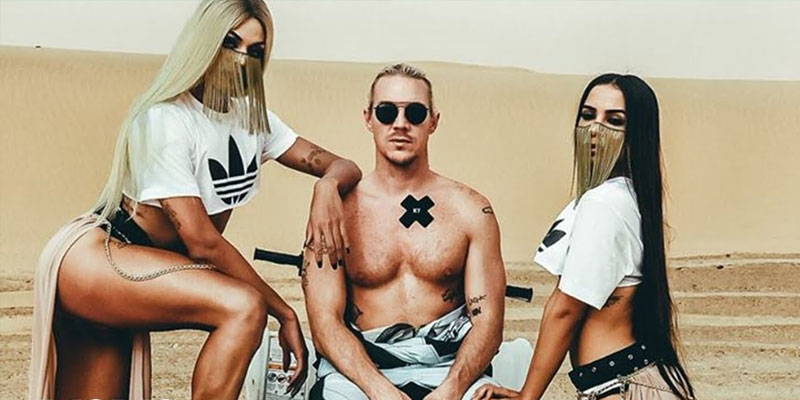